Ok, lets start with the back story. I’ve been off the bike for almost 5 months so when your bud says he’s signed up for the Wine Country you of course say I’m in. when he says he signed up for the double metric century you say, I’m in? WTF. Ok, its three months away and I have done plenty of century rides including the Wine Country I will be able to mad Kow through it but It’s a lot less painful if I get some miles in the saddle.

So whats the first think I do? Buy a bike that has no eyelets so I won’t add a rack to it. I purchase a Fuji Cross bike which I do have an older model but those damn Cantilever Brakes just don’t stop well enough on the street so mechanical disk it is. Of course I stripped the racks and bags off the old one to put it up on craigslist but its looks so pretty and light I may just keep it and try a cycle cross or two. Relive the ole ole motocross days under the lights at Baylands… oops, i degrees. A story for another time. 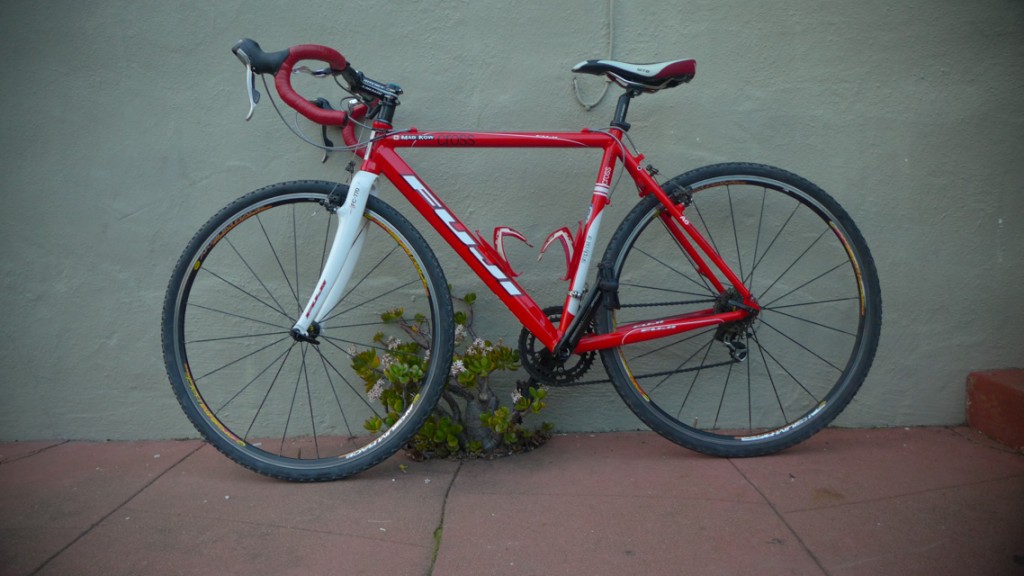 Ok, where was I again? Oh yea. I got the bike on Friday and put on a saddle bag, clip less peddles and swapped from the cross tires to my fav street tires of Grand Prix 4000s II 700×25. With this completed the only thing to learn was how to shift. The new bike has Sram components and I’ve ridden only with Shimano till this point. I did this the hard way living life as a service tech. Have you heard whats the difference between a service tech and an engineer? The engineer reads the manual where we only do after we can’t figure it out or break some thing ;)~

Any what I ride with  Team Alameda (for those that don’t know where that is we are a small man made island off the coast of Oaktown aka Oakland Ca,) ant there was an easy ride the next day, 30 or so miles, 1000 ft of climbing. A good test to see if the bike was not going to fall apart on me. The bike did well and I was not in as much as I had thought I would be in after the ride..

Now the Super Bowl finally comes in. We have been doing a ride for the last 4 years from Point Reyes Station to Elephant Rock. It’s quite on Hwy1 usually with everyone prepping for the epic super bowl. Heres a link to our route PRS to Elephant Rocks.

Heres a pic of the new bike. 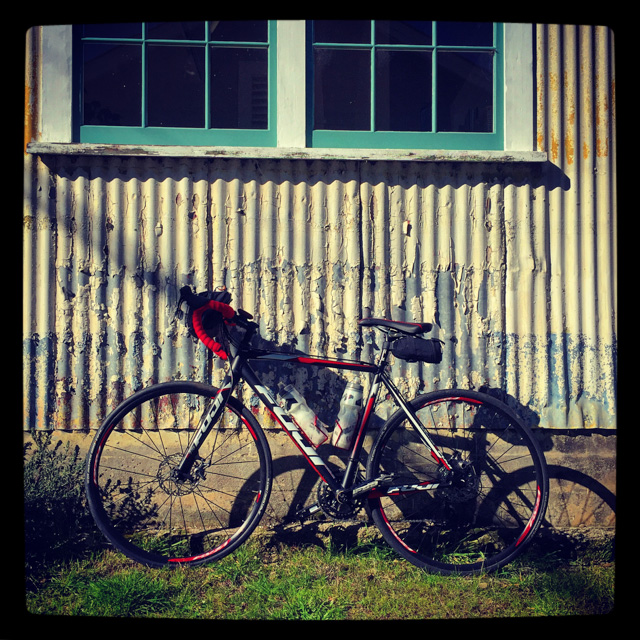 Yes I am trying to hide the handlebar bag with the shadow. I need room for my GoPro 3 Black, Lumix LX-7 and trail-mix. The bag was immediately removed even before my shower and power nap and thats saying something.

We left from Point Reyes Station about 8:45 and there was a slight chill in the air but 70 degrees were expected that day… by 3pm. It was a pleasant ride and we only crossed one guy who was now in a hurry to get to his super bowl 50 party. 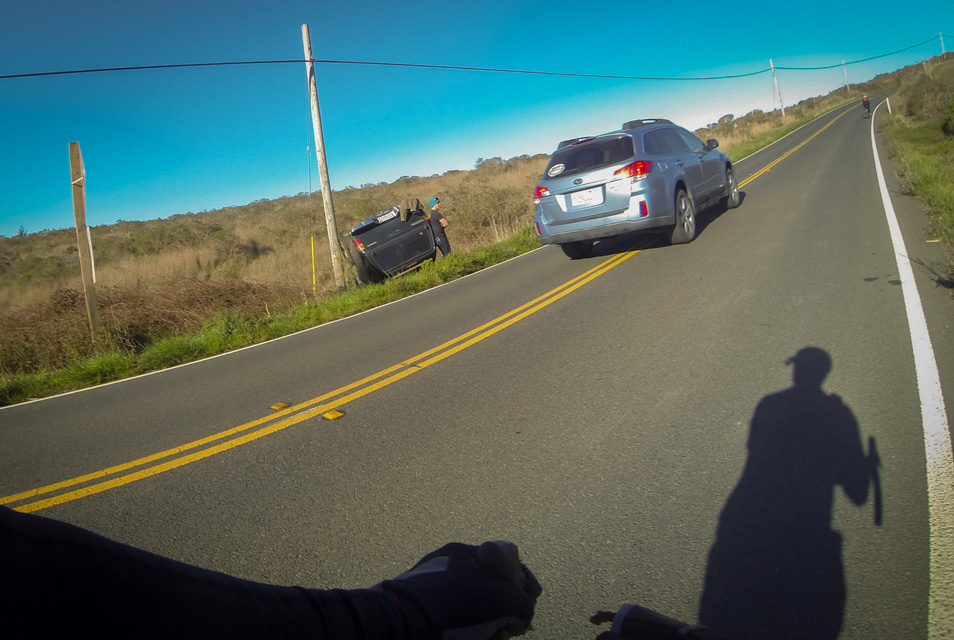 I myself was taking my time and enjoying being back on the bike. 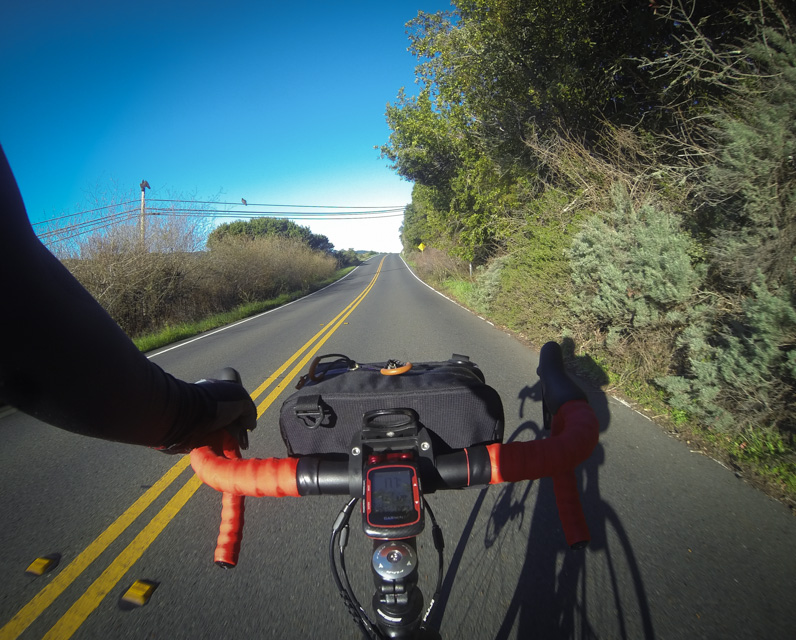 Me and the birds…

Pics of the TA crew once I caught up to our regroup just outside of Tomales. 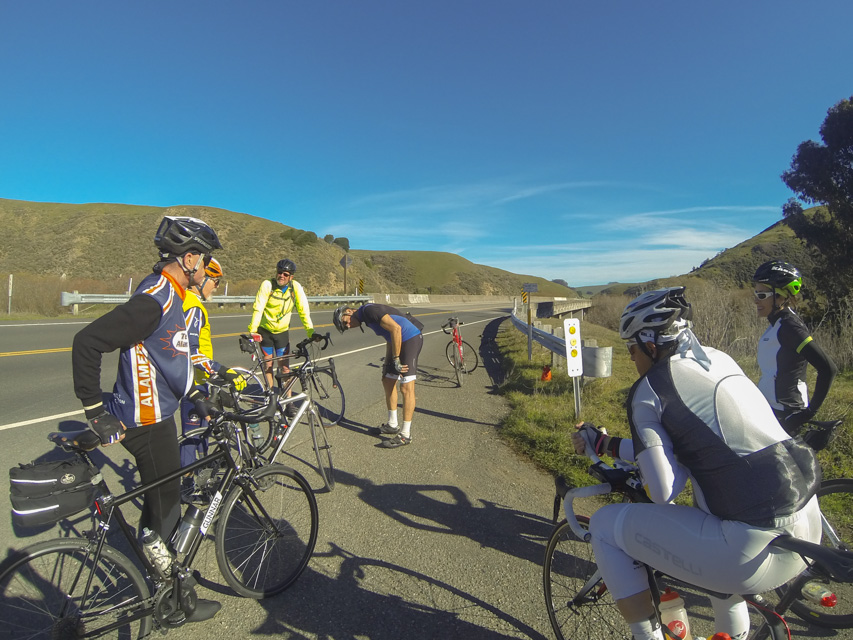 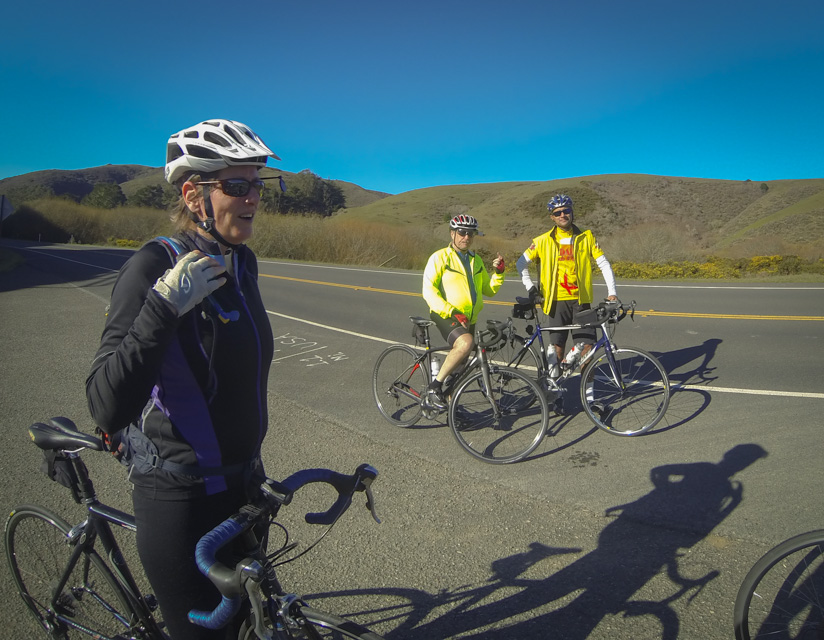 We lost a few on the climb to Elephant Rock to coffee and pastries in the short but relaxing downtown of Tomales.

Getting to Elephant Rock was our biggest climb of the day but there is nor real steep pitches and there were playful lambs to watch in the pastures that surrounded us.

Another pic of the bike at the top being photo bombed by the Pacific Ocean and Elephant Rock itself. 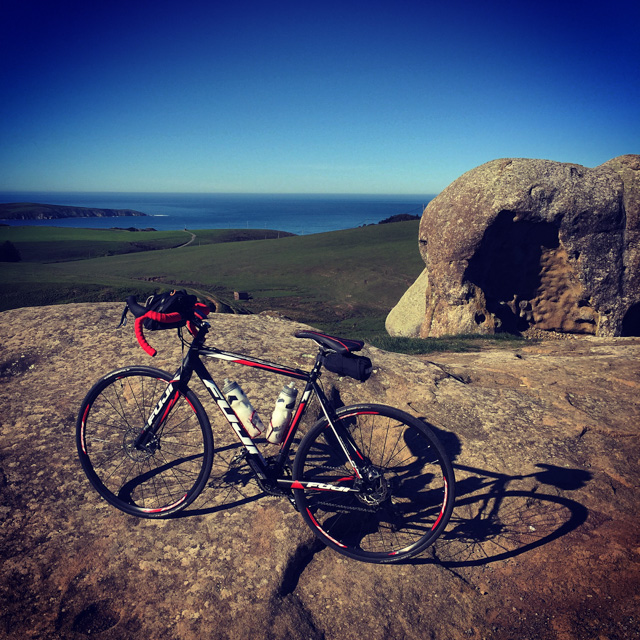 On our way back I did have to circle back but yes, our belly up Toyota had still made it in plenty of time for the kickoff. 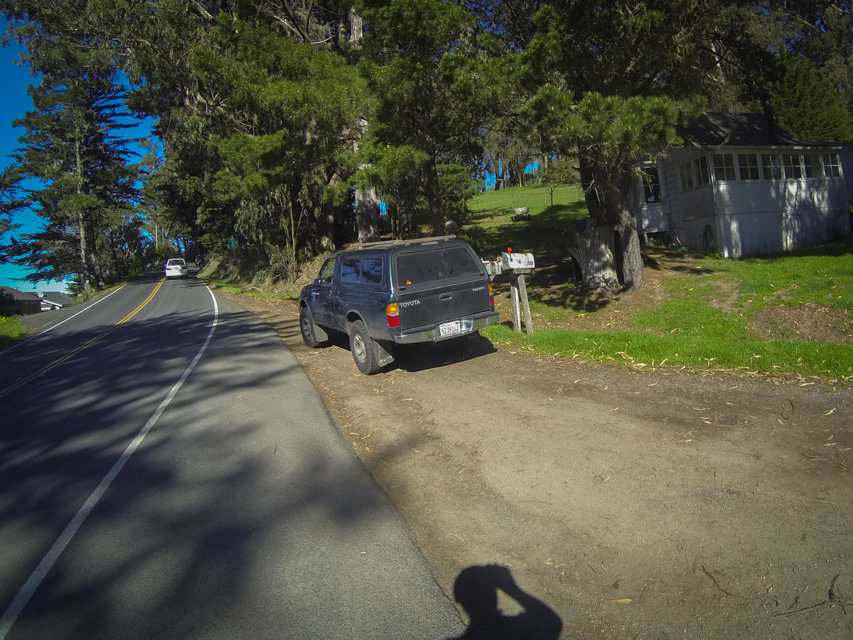 Wheels down as it should be.

There was talk of Oysters at the finally regroup on the road but people were making plans for other things, 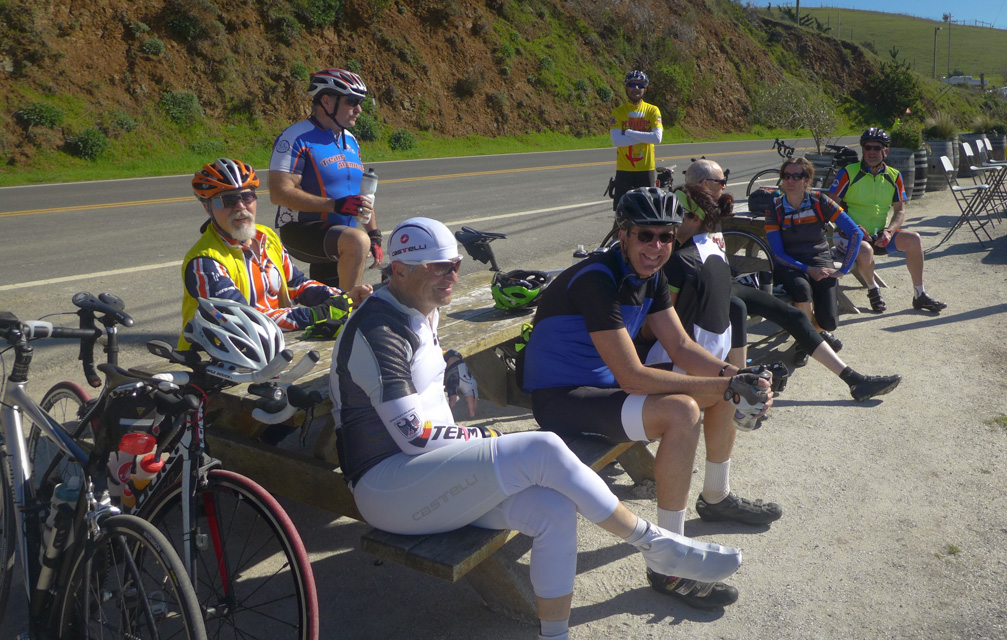 Just another sunny day on the coast.

We all made it into Point Reyes Station and some dined at the Bovine Bakery but some of us war more interested in have a recovery pint with our meal so we dropped into Olema’s own Farm House Restaurant and Bar to quince our taste buds and thirst.